It’s a Porsche that’s had a tough life. In the early days, the engines leaked oil on a regular basis and, although Porsche quickly modified them to solve the problem, the damage was done, and the 964 had a reputation for being troublesome.

And then along came the 993, which had no reliability issues and, for many people, was better looking with its sexy curves. The 964 was to always live in the 993’s shadow and, as such, has been cheaper to buy as it wasn’t in demand.

However, just look at what the 964 offers. Compared to earlier 911s, its much more advanced, with coil sprung suspension, ABS brakes, four-wheel drive (on the Carrera 4), electronic heating controls and, generally, a more modern and sophisticated feel. It fact, it’s hard to think of anything the 993 does better than the 964.

The 964 was also the last 911 to retain the classic 911 profile, with prominent front wings – the wings you can see from the driver’s seat and which Ferry Porsche was furious that the 993 lost.

In many ways, the 964 was the bridge between classic and modern 911s.

It’s also a relatively rare car – only about 50,000 were sold worldwide, and I dread to think how many have been lost over the years.

Today, it’s a struggle to find decent 964s. Sadly, many have been neglected and just don’t do the model justice. Find a good one, though, and it’s a real peach of a 911 to drive, especially in Carrera 2 form.

So I predict that good 964s will start to appreciate in value. If you’ve got one, look after it. If you want one, buy quickly – just make sure that you do get a good one, though.

I had a phone call from a regular reader of my Porsche blog yesterday. Over the course of our conversation he referred to the “Philip

Porsche 993 – a great investment for the Star Wars generation? 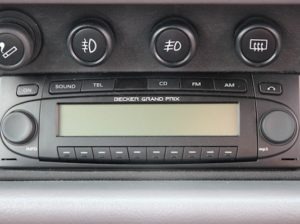 Driving a Porsche 911 in silence

This weekend, I found myself on a five-hour drive in a Porsche 993 with a non-working radio. Or at least, a radio I couldn’t get