I’ve never liked “Buy a Porsche for £5000” type features but they continue to shout from magazine front covers. This month, the once-great Car Magazine has resorted to such tactics, with the cover line “Buying your first Porsche. £5k Boxster, £7k 911 or £7k Cayenne”

This caught my attention enough to reach for the iPad and download the issue – at 69p it’s a bargain.

Sadly, though, the bargain Porsches promised by the magazine are unrealistic.

The article starts off reasonably, by suggesting you can buy a Boxster for £5000 – you can pick up a half-decent early car for that if you choose carefully. What you won’t get, though, is a 56-plate 987 as featured in the magazine’s photos. The very brief buying advice focuses on the usual RMS and IMS problems. The former is common but no big deal, the latter is rare but a big deal. However, what about the more common problems buyers should look out for?

The buying advice focusing on the radio aerial in the rear window – just one of a number of electrical glitches the Cayenne can suffer from. Yet there was no mention of more serious problems, such as with the air suspension.

The buying advice, as with the Boxster, focuses on the RMS and IMS, but it does at least point out that the radiators at the front (they don’t distinguish between cooling rads and air-conditioning condensers) can corrode and get damaged. They are also right to say that sat nav (PCM) isn’t worth having these days but it seems odd to highlight this over numerous other bits of advice.

Finally, the magazine made the cardinal sin – in my book – of referring to the 996 Carrera as a “Carrera 2”. Only the 964 was ever badged such.

So, don’t be drawn in by promises of super-cheap Porsches. You may be able to get a bargain but it’s more likely that a cheap Porsche will end up costing you dearly in repairs which will spoil the whole Porsche ownership process for you. Far better, then, to spend a bit more and get a really good example.

If you require advice with Porsche ownership do please get in touch.

Porsche Cayman R on the Isle of Skye – Day three

Today the film crew disposed of the tracking vehicle in favour of ‘sticks’ – tripods. We revisited yesterday’s locations and reproduced the same sequences so 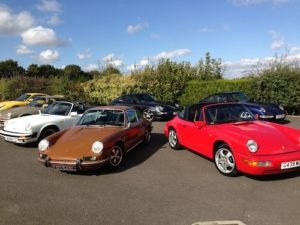 Last week I was involved in a group test of underrated Porsche 911s. Here’s a sneak preview of the feature which will appear in 911 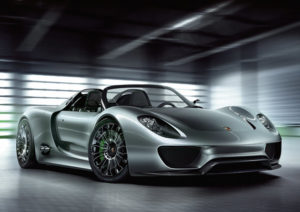 Why Porsches are good for the environment

I’m not convinced by the global warming argument. It seems that the goalposts move according to the current weather. When I was a boy, the