Today, Porsche unveiled its next generation Boxster, and what a departure it is!

First, the car’s got a new badge – 718. Previously, Boxsters were badged just that – Boxster – with the model number something that Porsche nerds used to differentiate the different versions. Now, though, the car proudly wears its number, leaving the ‘Boxster’ badge as a suffix. It’s a return to the days of Porsches being given numbers – 356, 911, 944, 928 and so on. Having a name and a number seems a little confusing, although Porsche does point out that there is also the 911 Carrera…

The 718 moniker was originally used on mid-engined sports cars that Porsche built in the 1950s and 1960s. That is significant, as those little racecars used four-cylinder engines, and the new Boxster has ditched the flat-six engine in favour of a four-cylinder power unit which is turbocharged. The standard engine develops 300bhp while the S variant pushes out 350bhp, so you’re not getting shortchanged by losing two cylinders.

The new Boxster is based on the outgoing model but with cosmetic refinements which, it has to said, create a wonderful looking car, but one that has lost the purity and svelteness of the original. The interior features a new PCM system with touchscreen and mobile phone connectivity as standard and it all looks very luxurious.

Compared to the original Boxster, then, this new car is very much more upmarket, in terms of comfort and refinement. It’s also noticeably larger and more expensive. There’s no doubt it will be a wonderful machine to drive and to own but all this extra bulk and equipment takes it a long way from the original Boxster concept of a pure sports car.

For that reason, you shouldn’t dismiss the original Boxster which arrived – wait for it – 20 years ago! Those first cars are very cheap to buy these days and I’d urge you to avoid the sub-£5000 examples as, the chances are, they won’t very nice. Pay a bit more, though – I’d say £7000 upwards – and you’ll get a ridiculously good car for the money. It won’t have the refinement or power of a new Boxster (expect a few creaks and rattles) but it will be a lot of fun to drive, especially top down in the summer, and you’ll get a lot of enjoyment for very little outlay. Pay a bit more and get the next generation Boxster from the mid-2000s and you’ll have something even better yet still remaining true to the original concept.

PrevPreviousWhy the Porsche Cayman is so good
NextGT Porsche magazine, April 2016Next

The poor old Porsche 996 gets a bad press from some quarters. Mostly, this is unjustified but I can see why – nowadays some 996s 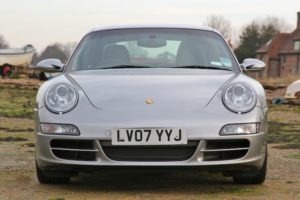 We offer Porsche servicing for Hampshire, West Sussex and the Isle of Wight. Please click here for details. It’s a funny old world. Some Porsche 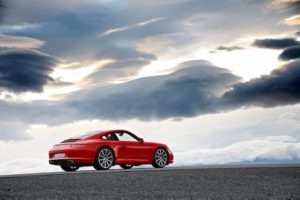 The Porsche 911 has topped Car magazine’s list of the best 50 cars of the last 50 years, as reported in a special issue of