The truth behind the Porsche 924’s VW connection

The 924 has often been criticised for being a Volkswagen in drag. That’s not strictly, true, though. It’s rather more complex than that…

Codenamed EA425, it was originally a joint project between Porsche and Volkswagen, under the snappily titled umbrella company VW-Porsche Vertriebsgesellschaft which had the remit to build affordable VW-based sports cars and had been loosely responsible for the 914. The plan for the 924 was to make a more practical, more profitable and more widely appealing car than the 914. To tick those books, the designers raided VW’s parts bin and ended up with a front-engined coupe with two-plus-two seating and a lifting rear hatch. The family resemblance to the soon to be launched range-topping 928 was no accident.

Much scorn has been poured on the 924’s 2.0-litre engine which is often erroneously claimed to have originally been an VW van unit. However, the truth is it was loosely based on a 1960s engine and was developed in the early 1970s by Audi to be used in the 924, VW LT van and the Audi 100. In its 924 guise the engine produced a modest 125bhp. The rear-mounted transaxle was also from Audi and was used in the 100 saloon of the time.

The original plan was for the new EA425 sports car to be available in both VW and Porsche versions. However, in 1973, the joint organisation collapsed. The development company went to Porsche, while the nearly finished car project became the property of Volkswagen, which had big plans to market it as a Volkswagen or Audi through its many dealers around the world. This was bad news for Porsche as it meant it would no longer have a much-needed entry-level car, and VW would now be a competitor in the sports car market – with a car that Porsche had designed. Not a great situation for the struggling upstart.

However, another potentially worse situation came along that, oddly, worked to Porsche’s advantage – the oil crisis of 1973. Producers were refusing to supply oil to western countries, and sports car sales slumped as a result. All of a sudden, the EA425 project wasn’t as attractive to Volkswagen, which was also developing its own Golf-based Scirocco coupe. After much negotiation, then, large sums of money changed hands and Porsche clawed back control of its precious new sports car; a potentially massive gamble in those troubled times. The moniker ‘924’ was chosen to signify the four-cylinder engine (in contrast to the V8-powered 928) and production started at the end of 1975.

And so began a long dynasty of front-engined Porsches. The 924 morphed neatly into the 924S in 1985, which shared an engine with the pumped out 944 of 1982. This all-new 2.5-litre unit silenced the critics of the 924’s original Audi powerplant, and featured a clever balance shaft to reduce the roughness inherent in a four-cylinder engine. Power was 150bhp in the case of the 924S and 163bhp for the 944.

The 924S was quietly dropped in 1988, while the 944 with its aggressively bulging arches continued to be developed with more power and more refinement, cumulating in the 3.0-litre 944 S2 of 1986. By 1992, the 944 had itself evolved into the 968 which boasted restyled front and rear ends and a yet more powerful (240bhp) engine. By 1995, though, the 968 was discontinued to be replaced by the all-new mid-engined Boxster, and Porsche’s dabble with front-engined sports cars was over. The company would return to front-mounted engines in 2003 with the Cayenne and, later, the Panamera and Macan, but none of these were pure sports cars in the way the 924 and its descendants were.

Interest in all these front-engined 924-based Porsches is growing, with good examples increasingly rare, and values are on the up.

PrevPreviousThe new Gen2 Porsche 991
NextBack to the Future in a DeLorean or a Porsche?Next 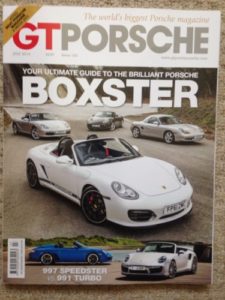 The new issue of GT Porsche magazine is on sale now and what a cracking read it is. And I’m not just saying that because 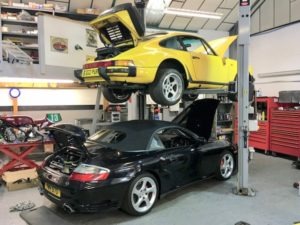 Customer service is everything

Here at Philip Raby Porsche we like to look after our customers well. We may not have a flashy glass and tiled showroom (although we 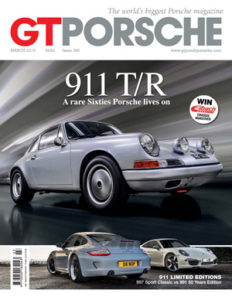 I had a visit from fellow GT Porsche contributor Peter Morgan last week and, as ever, we had a good chat about the world of