When I was fresh-faced and new to  motoring journalism, the first press car from Porsche I ever drove was a red 944 S2 Cabriolet, with the numberplate “The 944S”. I took a series of photos of the car for a Crowood Press book and one of the shots featured on the front cover (see below).

At the time, I felt like royalty, cruising around in the brand-new Porsche 944 S2 Cabriolet, with the roof down. That was over 20 years ago, though, and I’ve since driven countless other Porsches, both newer and older than the 944 but I’m not sure I’ve been in a 944 S2 Cabriolet again.

So it was interesting to be reacquainted with one, in the form of this striking black example which came into stock recently. I’ve always thought that the 944 S2 Cabriolet is a striking car, with its neat ‘chop top’ hood design, which looks great up or down, and it’s stood the test of time well – arguably better than its coupe sibling, and the black paintwork complements the lines perfectly.

It’s a solid car, to0o, as it any 944, which in the early 1990s, journalists would have described as ‘hewn from granite’. It’s a cliche but it does describe the 944 S2 Cabriolet very well indeed. The only downside is that removing the roof did make the car feel a bit less rigid when driving along bumpy roads. The handling, though, remains impressive and predictable, thanks to the superb balance of the front engine/rear transmission layout.

The 3.0-litre straight-four engine lumbers into life in typical 944 fashion and the heaps of torque does make it seem a bit lazy; you have to deliberately hold low gears to get into the power band and make the engine sing. By today’s standards it may not be a fast car but it’s still sprightly enough and a lot of fun to drive.

With its well appointed interior and ample luggage space, you could describe this soft-top as more of a GT cruiser than an out and out sports car. But there’s nothing wrong with that – that’s how most people drive open-top cars anyway.

With more than 20 years and lots of more exotic Porsches under my belt, I’m pleased to say that the 944 S2 Cabriolet doesn’t disappoint. And at just £8,995 it’s a heck of a lot of car for the money; it’s an interesting alternative to an early Boxster for a similar price.

Filming started today here on the Isle of Skye. The forecast was for rain and I’d been warned there’d be a lot of hanging around, 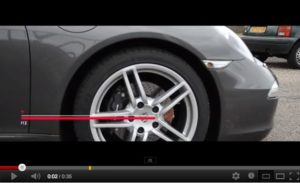 Going wild in a Porsche 991

This video was shared with me on Twitter and I thought it deserved a wider audience. It’s someone in Holland putting a Porsche 991 through 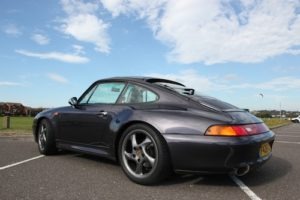 I heard it said recently that, if a picture’s worth a thousand words, then a video is worth a million. This got me thinking about