People often ask me what my favourite Porsche is, and it’s a question I struggle to answer. I like them all and my favourite is often the one I’m driving at the moment, whether it be a humble 911SC or a mighty 997 GT2.

However, there is one Porsche which I’ve always had a particular soft spot for, and that’s the 997 Sport Classic.

The 997 Sport Classic was a limited-edition run of just 250 cars and was not sold in North America. It was based on a rear-wheel drive 997 Carrera S but with the wide rear arches of the Carrera 4S.

The styling harked back to 911s of old, with a fixed ducktail rear spoiler and Fuchs-style alloy wheels, while the Sport Classic Grey paintwork was enhanced by two darker stripes running the length of the car. However, the most unusual feature was the double-dome roof panel. It could so easily have looked naff but, in fact, it works superbly.

Inside, the retro theme continued with Espresso Nature brown leather with woven leather panels and unique carpets. Again, it looks much better than you’d think.

The 3.8-litre engine was enhanced with modified cylinder heads, a new intake system and new engine management, serving to raise output by 23bhp to 408bhp. The 997 Sport Classic came with a very high specification, including PCCB, Sport Chrono Package Plus, short shift gearchange, limited slip differential, Bose sound upgrade, and even a customised car cover. As well as the ‘911 Sport Classic’ rear badge, each car had an ‘Exclusive’ plaque on the front right wing.

It’s a great package, and the extra power and revised suspension makes it one of the nicest 997s of all, in terms of feel and handling. To be honest, though, the GTS which followed used the same set-up for a fraction of the price but it doesn’t have the uniqueness of the Sport Classic.

I’m not the only one who likes the Sport Classic. A good customer is looking for one so if you happen to have one to sell, do please get in touch.

It was a new Porsche once

A colleague passed me a Porsche press pack dating from 2003. Press packs were, as the name suggests, given to motoring journalists at the launch 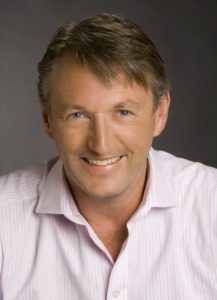 It was LinkedIn that suggested I knew Kevin Gaskell and, as is inevitable when browsing the internet, I clicked the link to his personal website. 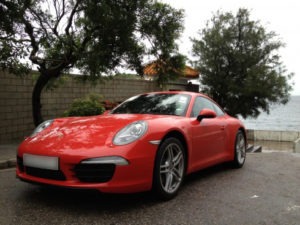 There’s a misconception that the most expensive most powerful version of a car is always the best. However, I’ve long maintained that this is