I did something silly yesterday. I looked the keys in the front luggage compartment of a 2005 Porsche Boxster S – the 987 model. And, yes, the rest of the car was locked, too.

I knew that there was an emergency bonnet release hidden inside one of the front wings, its main reason being to allow access to the battery in the event it goes flat and the electric release won’t operate. The problem was, I wasn’t sure which wing, as it has moved around since the device was first used on the early Boxster and Porsche 996.

The obvious solution, then, was to Google the problem, which led to this lengthy thread on Pelican Parts. Some useful advice but confusion caused by people referring to ‘driver’s side’ and ‘passenger side’, which is dependant on what part of the world you are in. Almost as annoying and people saying ‘offside’ and ‘nearside’ – what’s wrong with a simple left and right?

The advice from this thread was to remove the relevant front wheel to gain access to the wheelarch liner which then needs to be removed. Good idea, but the locking wheel-nut key was inside car which, of course, was locked.

I was tired, so I took the easy route and called the AA. Within an hour, a shiny yellow van was on the drive, and I was delighted to see that the driver was Sam, the father of one of my son’s friends, a chap I know well, which made me feel slightly less embarrassed.

The AA use its own onboard computer system and Sam looked up Porsche Boxster but the information offered wasn’t comprehensive and there was some confusion as to whether it was referring to the front or the rear luggage compartments. I brought my MacBook out and had another search and came up with this thread on Planet 9, started by the owner of a 2006 Porsche Cayman, who’d locked his keys in the boot. Silly man!

The thread confirmed that in the case of the Porsche 997, plus 987 Boxster and Cayman, the emergency bonnet release is located in the left-hand front wing, and access is gained by removing the liner and reaching in. It included a very clear photo showing the location of the release, which I’ve taken the liberty of borrowing:

Removing the liner was tricky with the wheel in place; I did suggest jacking up the car but Sam pointed out that would set the alarm off and the neighbours wouldn’t appreciate that. He did, though, manage to unfasten the securing screws and pull back the liner enough to get his hand in.

The cable didn’t have a loop, as I’ve seen on 996s, but rather a bobble like the end of a bike brake cable. This meant using a pair of pliers to grip the cable and pull it. As soon as Sam did this, the bonnet popped open and the alarm went off. I quickly opened the lid, grabbed the keys and disabled the alarm. Job done!

I’ve just had a chat with a 996 owner who was locked out of his car. He took off his left hand wheelarch liner and couldn’t find a release. However, he found one in the right hand arch! On further investigation it seems that Porsche randomly selected one side or the other to locate the emergency release – there’s a hole on each side for the cable to run through. So, if you can’t a release under one arch, then take a look under the other side! 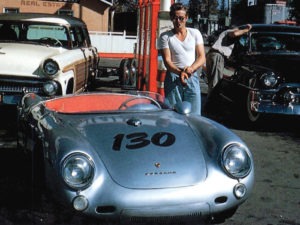 Should you buy a celebrity’s car?

Every now and then, a Porsche comes on the market which has been owned by a celebrity and, as such, is priced at a premium. 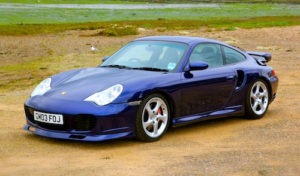 Will the Porsche 996 Turbo go up in value?

I had an email this morning from someone suggesting that Porsche 996 values will rocket over the next 18 months. She’d been chatting to other