A customer came to visit yesterday in her Porsche 996 Turbo, and very nice it was too. She mentioned in passing that she was thinking of replacing the Turbo with a 996 40th Anniversary car. At first, this seemed a strange idea but when she explained her reasoning, it began to make sense.

It was painted in GT Silver Metallic (a shade that was previously only used on the Carrera GT supercar but has since become more prolific).

At the front it featured the large intakes from the 996 Turbo but with body-coloured slats. Down the side were Aerokit-style sill extensions, while the rear end boasted a “911 40 Jahre” Badge. Wheels were rather blingy polished 18-inch Carrera items, and the tailpipes were similarly shiny. A switchable sports exhaust was standard fare, by the way.

All very nice (expect perhaps for those wheels) but the real appeal of the Anniversary for my customer is its mechanical specification. The suspension was lowered by 10mm and firmed up to improve the handling, and this was aided by standard PSM and a limited-slip differential.

Engine power is 345bhp, 25bhp more than standard, thanks to an X51 Power Pack.

All in all, then, a tempting package which is second only to a GT3 in terms of naturally aspirated 996 power.

Don’t mistake one of these for the earlier 996 Millennium from 2000. With Violet Chromoflair paint and wood trim these really are an acquired taste!

PrevPreviousPorsche open day was a great success
NextPorsche 964 Turbo 3.6 with X88 Powerkit is a rare beastNext 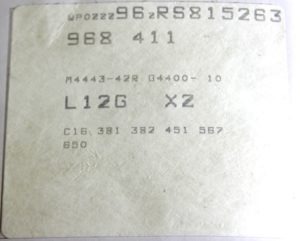 The Porsche 964 is being touted by many as the next big thing – the 911 to invest in. And after driving this lovely and 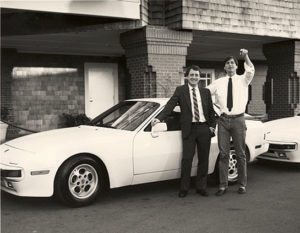 It’s a year today that Steve Jobs died and Apple has give over its website to a touching tribute. In later years, Jobs drove Mercedes-Benzs,