Porsche 964s are in demand!

We’ve just sold two Porsche 964s this week and have people queuing up to buy good ones.

For years, the Porsche 964 was the underdog of the 911 world, always living in the shadow its successor, the ever-popular 993. Now, though, people are beginning to appreciate the Porsche 964 for what it is – the perfect combination of classic Porsche 911 looks with modern technology. It was the first 911 to feature power steering, ABS brakes and, in the case of the Carrera 4, four-wheel drive.  Yet it retains the traditional Porsche 911 upright headlamps and prominent front wings that you can see from the driver’s seat.

The problem with the Porsche 964 is that Porsche didn’t make that many of them (the world was in recession at the start of the 1990s). It also suffered bad press for engine oil leaks and iffy dual-mass flywheels (issues that have long been solved), and was considered to be less attractive than the curvy 993 that followed.

As a result, many Porsche 964s have been neglected over the years, owned by people who didn’t have the money to keep them in fine fettle. That means that today it’s increasingly hard to find well maintained examples of the 964. And it’s good examples that buyers are prepared to pay top money for.

It’s much easier to find good 993s, as these are generally kept by caring owners.

We’re talking Carrera 2s and Carrera 4s here – the Turbos and RSs are another story entirely (although they’re also rocketing in value). Top of the desirability list is the rear-wheel drive Carrera 2 coupe because people perceive this to offer the purest driving experience, and is mechanically similar to the RS. Indeed, many a good Carrera 2 has been turned into an RS replica, thus reducing further the stock of original cars.

However, don’t dismiss the Carrera 4. Set up the suspension properly and it’ll drive beautifully and you’d be hard pressed to tell the difference from the Carrera 2. And, of course, the 4 has the advantage of better traction in the wet and cold.

Traditionally, buyers have always preferred 911 coupes, of all types. However, we’re seeing a resurgence of interest in Targas and Cabriolets, with prices of these on the rise. This is partly because people can’t find (or afford) coupes and partly because they are increasingly being bought as weekend cars only to be driven on sunny days – and what better than an open-top 911 in the sun?

We are constantly on the lookout for good Porsche 964s, so please get in touch if you are selling.

PrevPreviousThe economy’s on the up, so now’s the time to buy a Porsche!
NextOpen top PorschesNext 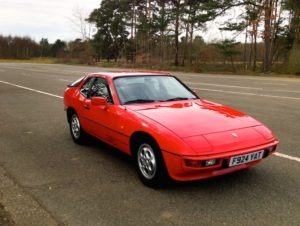 I was at a photoshoot for GT Porsche magazine yesterday, with a group of Porsche Boxsters and Caymans. All great cars, but one that stood 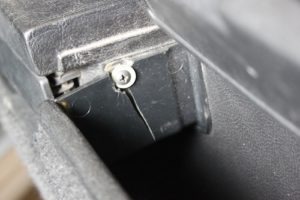 Here’s one of the most common problems I see in Porsche 911 interiors. The front end of the door pocket is cracked around the mounting

The Porsche 911 has become well known as a classic design that has evolved slowly over the years, retaining its distinctive form factor. Some people