I spent yesterday evening in the company of three Porsche 964 Speedster owners – and not only do they have good taste in cars, they’re great guys too.

I’ve always had a soft spot for the Porsche 964 as well as rare 911s, so the 964 Speedster is particularly attractive to me.

The Speedster concept dates back to 1954, with the 356 variant which featured a cut-down, removable windscreen, a simple hood, bucket seats and a reduced specification.

The 964 Speedster, or the 911 Carrera 2 Speedster was based on a Cabriolet bodyshell but equipped with essentially the same aluminium windscreen and twin-humped rear cover as used on the 3.2 plus a revised hood that offered better (but not perfect) weatherproofing.

Unlike its predecessor, the 964 Speedster was narrow-bodied, and was actually more aerodynamic than the standard 964, with a Cd of 0.31 with the roof up, compared to a figure of 0.32 for the coupe.

The 964 Speedster had a simple interior, with manual mirrors, RS-style door panels and Recaro seats. Most of the cars were finished in bright colours (the standard shades were Grand Prix White, Polar Silver, Black, Guards Red and Speed Yellow) and the interior had colour-coded seat backs, gearlever gaitor, door pulls and dash surround. The wheels, too, were matched to the colour of the car; except on black cars, which had silver alloys.

Less than 1000 964 Speedsters were built, which makes it a rare and desirable Porsche today – if you can find one. 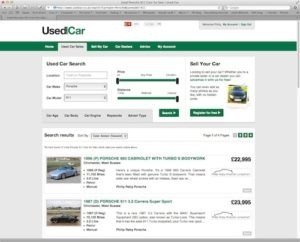 The key to selling a Porsche is marketing it widely, and that’s where I come in as a broker, saving private individuals a lot of 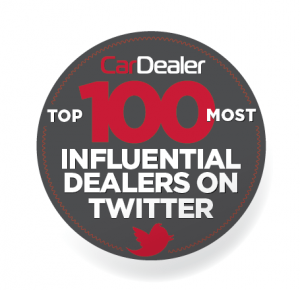 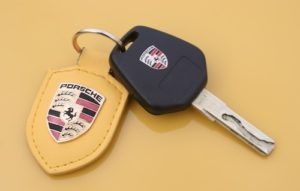 How much for a Porsche ignition key?

A new ignition key for a Porsche 996 costs a cool £214. That’s from an Official Porsche Centre and, as far as I understand, that’s