Porsche 964 Carrera 2 – what a responsibility!

I’ve been lucky enough to have driven some rare and valuable Porsches over the years, but I don’t think I’ve ever felt so responsible for a car as when I drove this 964 Carrera 2 away from its owners in Cheshire for the long trip south.

The car belonged to John and Paula Boggiano, who I’ve known for many years, and it’s very much been the love of their lives. So much so, that they’ve owned it twice – once from 1994 to 2007 and again, after a brief flirtation with a new 997 GT3, from 2009 to the present day. They’ve now decided that it’s again time to part with the 964 as they have a new Boxster on order, but they were both sad to see their Guards Red Carrera 2 leave.

And understandably so, as John has lavished an incredible amount of love and care (not to mention money) on the 964 over the years – and has kept a meticulous record of every job done to it, from the replacement of a mudguard to the rebuilding of the engine, it’s all been noted down. As has the amount of money spent on maintenance during the Boggianos’ ownerships – almost £100,000.

John would be the first to admit he’s been obsessive with his Porsche but it’s been worthwhile. As soon I began driving it, I could feel that this 964 is very special indeed. It is surely the closest one can get to experiencing a brand-new 964 today, it just feels so tight and together, and everything works on the car.

That said, it’s not as it was when new, John (and other owners) have made some subtle and sensible modifications. The rear seats were removed during John’s time with the GT3 and replaced with RS-style carpeting, while John had fitted the later-type Cup wheels and mirrors. More recently, he’s replaced the sidelights and indicators with long-lasting LED items.

It all adds up to a near-perfect package, and one that John and Paula have had a lot of pleasure from, on long road trips to Scotland, Wales and other places in search of great driving roads.

My challenge is to find a good home for this wonderful Porsche, where it will be as well cared for as it has been in the past.

Please click here for more information about this Porsche 964 Carrera 2. 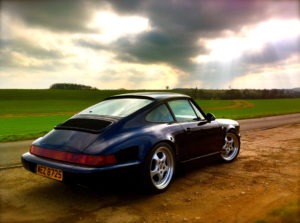 It’s all change in my life as of today! After almost seven years of editing Total 911 (a magazine I started from scratch), not to 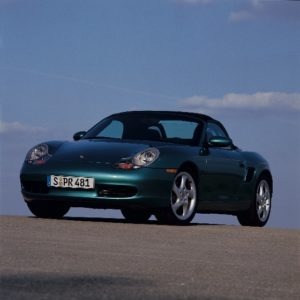 The big motoring news today is that the Dacia Sandero will be the UK’s cheapest new car at just £5995. That’s all very well but