I was at a photoshoot for GT Porsche magazine yesterday, with a group of Porsche Boxsters and Caymans. All great cars, but one that stood out for me wasn’t actually part of our shoot but rather another one that was taking place at the same time.

And the car was a 1986 Porsche 924S, which also created a lot of interest from the Boxster and Cayman owners. My first Porsche was a 924 so it brought back happy memories.

The 924 was Porsche’s entry-level car, launched in 1976 with a 2.0-litre engine. With its neat hatchback styling it was a pretty car and the combination of front engine and rear transmission gave predictable handling, all wrapped up in Porsche’s legendary build quality.

The problem was, it was underpowered with just 125bhp and the Audi-derived four-cylinder engine wasn’t the smoothest runner.

Porsche addressed this with the 944 which was essentially a 924 on steroids, with bulging arches and a new 2.5-litre engine. The 944 was a more expensive car and Porsche wanted to keep the 924 as its entry-level model, but couldn’t source more Audi engine blocks.

The rather odd solution was to drop the new 2.5-litre 944 engine into the 924 bodyshell, thus creating the 924S. To ensure that the lighter car didn’t outperform the 944, Porsche detuned the engine to produce 150bhp by lowering the compression ratio and altering the engine management system. However, this was still 25bhp more than the old 924 and from a much smoother-running unit as well. For 1988, the power was increased to 160bhp.

The engine was linked to the standard 944 five-speed gearbox, while a three-speed automatic was optional. Brakes and suspension was also based on those of the 944.

In other respects, the 924S was similar to the original 924, with a ‘924S’ badge on the rear being the main giveaway. The body and interior remained essentially unchanged, although some new trim materials were offered. From 1986, the 924S didn’t receive the all-new ‘oval’ dash of the 944, but was stuck with the old 924 arrangement.

The Porsche 924S is often overlooked, with many people preferring the more macho lines of the 944. However, as much as I like the 944, there is a purity about the 924’s lines – it’s a pretty car.

I had a very quick drive in this Porsche 924S and was impressed at how solid it felt – not bad for an almost 30-year-old car which, sadly, has very little value, despite its superb original condition. For the price of a tired early Boxster, you could have something a little bit different and, just maybe, an appreciating classic. 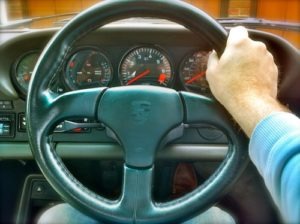 I’ve just been driving a Porsche 911 3.2 Carrera with a chunky 968 Clubsport steering wheel – a popular upgrade for 911s of this age. 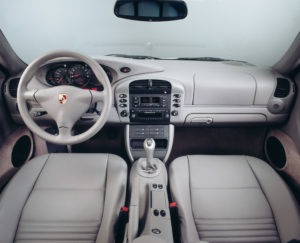