Porsche 911 Turbo LE – a slant-nose without the slant-nose

The Porsche 911 Turbo LE of 1989 offers all the benefits of the SE but without the Slant-Nose styling.

The 911 Turbo SE of the mid-1980s offered a useful 30bhp extra power over the 300bhp produced by the standard Turbo of the day. The problem, though, was that part of the Special Equipment (which SE stood for) included a Slant-Nose front end. Instead of the 911’s distinctive wings and round headlamps you got a wedge-shaped front with pop-up headlamps, which even then were getting somewhat passé. To put it into some sort of style perspective, the Triumph TR7 which was so-equipped dated back to 1976 and went out of production in 1981.

Slant-Nose 911 Turbos had been available to special order from 1981, but in 1986 Porsche decided to make the drop-nose look an official option. In the UK the car was known as the Turbo with Special Equipment, or SE, which in the USA it was the 930S. The look came about when customers began asking for a car which aped that of the 911-based 935 racecars of the period.

As well as the distinctive front-end treatment the SE also featured massive side vents in the leading edges of the rear wings (a style that continues in the current 996-model Turbo, incidentally) and sill extensions.

It’s a Marmite thing, the Slant-nose look – you either love it or hate it. It seems that today most Porsche enthusiasts fall into the latter camp, arguing that planing off the wings loses the famous 911 profile. What’s more, because these cars date from the 1980s, many were finished in garish metallic shades with white leather interiors. It can all be a bit, well, Miami Vice.

So if you think you have good taste, maybe a 911 Turbo SE is not for you. However, there is a way of having the benefits of the SE’s engine in a more conventional bodyshell. The 911 Turbo LE (for Limited Edition) was built in 1989 to commemorate the demise of the 911 Turbo in its then present form. Although, as we now know, the Turbo was to return in 1991 – in 964 form and the name would continue to the present day – at the time it seemed that new emission regulations had spelled the end for the range-topping 911. Production of the LE was limited to 50 worldwide, and it is believed that just 15 had right-hand-drive, so it’s a rare beast, indeed.

The LE is a happy mix of the SE and the standard 911 Turbo. Most important, it has the SE’s engine with its larger KKK turbocharger, higher-lift camshafts, higher boost pressure, larger intercooler and a sports exhaust system with four outlets. All of which combine to give that extra 30bhp, which together with the other 300bhp is feed through a limited-slip differential,

At the front of the car you get conventional Turbo wings and headlamps, so it retains the classic 911 profile. However, there’s a unique front bumper with a massive second oil cooler (in addition to the one in the right-hand wing) proudly on display for all to see (although it’s thought that some LEs weren’t fitted with this).

Also carried over from the SE are the distinctive air-intakes on the rear wings. These are claimed to feed air, not to the engine, but to the rear brakes to facilitate cooling. However, considering the standard Turbo managed perfectly well without this extra cooling, one suspects the intakes are for mainly cosmetic purposes.

And there are also plenty of cosmetic enhancements inside the LE. Car manufacturers love to pile on extras when they produce limited editions, and Porsche was no exception with this car.

By the late 1990s, Porsche was fitting four-spoke steering wheels to its cars but, somewhat bizarrely, it chose to endow the LE with the rather bulky three-spoke wheel that first appeared in the early 1970s. It is, though, adorned with a gold-coloured Porsche crest.

The gearknob has a similar gold embellishment, and in front is a commemorative plaque with the words ‘911 Turbo 1975-1989 Limited Edition Model’. At the time the finality of this epitaph must surely have brought tears to the eyes of many a Turbo enthusiast.

The interior, which is trimmed in full leather, also boasts a range-topping Blaupunkt Berlin radio-cassette player (this could be substituted for a CD player at no extra cost) plus Porsche’s Remote Control Full Feature Alarm System-1.

Customers were encouraged to personalise their LE by being given the choice of all exterior and interior colour options at no extra cost; although Porsche did say it retained the right to refuse certain colour combinations, not doubt on the grounds of taste.

In 1989 the 911 Turbo LE sold for £84,492.42 in the UK. Which was good value when you consider that the SE – which was basically the same but with the Slant-Nose – was priced at £93,294 a year previously. Cynics suggested that Porsche had ramped up its prices during the mid-1980s while the 911 Turbo was the car of choice for city slickers, but after the stockmarket crash in October 1987 the company had to make its prices somewhat more attractive in order to sell cars.

Is it genuine?
Although we’ve not heard of a fake 911 Turbo LE, you can check to see if one is genuine by looking for the following option codes in the luggage compartment and in the service book:
XA4 – Front spoiler
XB7 – Rear air ducts
XD4 – Painted wheel crests
XE7 – Front oil-cooler
XH1 – Three-spoke steering wheel
XK5 – Leather gearlever
XN7 – Leather handbrake

Here’s a great video by Jack of motoring YouTube channel, Number 27, comparing two cars from our showroom – a 924S and an early Boxster. 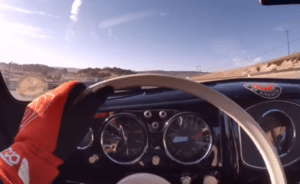 This clever video shows the evolution of Porsche racing cars from the cockpit, over 62 years, 20 cars and just one lap.

The ups and downs of selling a Porsche

Selling Porsches is fun and it can sometimes take a while, especially in today’s market. However, you only ever need one buyer for a car