Porsche at the 2012 Goodwood Festival of Speed

Porsche will once again showcase an exciting array of new, iconic and historic models at this year’s Goodwood Festival of Speed, June 28 – July 1.

The 2012 Festival’s chosen theme is Young Guns – Born to Win, and this is particularly appropriate for Porsche given the role played by racing cars from Stuttgart in the early careers of many drivers over the years. Dan Gurney, Vic Elford, Brian Redman, Richard Attwood, Derek Bell, Allan McNish and Richard Westbrook are just a few who made their names behind the wheel of a Porsche. Many drivers, including Bell, went on to become synonymous with the marque.

Porsche highlights at the Festival
The Porsche 911 GT3 Cup race car driven by Daniel Lloyd joins the 1962 Porsche 804 F1 car, the 917K from 1970 and 1987 Le Mans-winning 962 Group C racer on the roll call of Porsche racing machinery coming to Goodwood.

These iconic models will share the spotlight with some contemporary Porsche stars. The Festival sees the debut of the latest Porsche 911 Carrera S Coupe and Carrera Cabriolet in the Supercar Run.

In the First Glance category, the 430 hp Panamera GTS will make its first appearance at Goodwood.

The Porsche Cayenne will also be in action at the Porsche Experience Centre Goodwood area, and the Porsche display in the Moving Motor Show will showcase the latest Boxster in a celebration of the company’s roadster heritage.

First run in 2003, the Porsche Carrera Cup GB is the fastest single marque racing Championship in Britain. With over 20 examples of the 450 hp 911 GT3 Cup race car battling for honours, it provides thrilling support to the British Touring Car Championship at circuits up and down the country.

The Carrera Cup GB has established itself as the perfect platform for drivers looking to further develop their careers in GT sports car racing. With the identical 911 GT3 Cup race cars putting the emphasis squarely on driving talent, close racing is guaranteed.

Porsche Museum – celebrating F1 and Le Mans success
Although indelibly associated with sports car racing with iconic models like the 917 and 956, Porsche has enjoyed success at the very pinnacle of motorsport in Formula 1. The Porsche Museum will celebrate these achievements at Goodwood, once again bringing cars from its renowned collection in Stuttgart to fascinate old and young enthusiasts alike.

1962 804 F1 car
Following success with the earlier 718 single-seater, Porsche developed the 804 in 1962 for the new F1 regulations of the day. This innovative race car used an air-cooled 1,494cc flat-eight engine with its distinctive cooling fan mounted horizontally above. Furthermore, the suspension and disc braking system broke new ground in terms of design geometry and reduced un-sprung mass respectively.

In the summer of 1962, American driver Dan Gurney won the French Grand Prix at Rouen in the 804 and followed this up with a home victory at the Solitude circuit in Stuttgart, Germany, where the Porsche single-seater beat the formidable pairing of Jim Clark and Lotus in front of 300,000 spectators.

Despite this success, Porsche felt its traditional heartland of GT racing provided more tangible benefit to the development of its series production cars. Thus the scene was set for the emergence of some of the most powerful sports racing cars in history, and in particular the 917.

1970 917
First developed in 1969, the 917 features an air-cooled 580 hp, 4,494cc flat-12 engine. Immortalised by Steve McQueen in the movie classic, Le Mans, the speed and success of the 917 resulted in it becoming a popular choice for private entrants racing in the Sportscar World Championship.

For example, in 1970, seventeen examples of the 917 participated at Le Mans. After 24 hours of racing in rain and fog, Porsche secured its first victory in the French endurance event. Behind the wheel of the distinctive #23 red and white liveried car entered by Porsche Salzburg were Richard Attwood and Hans Herrmann.

A total of 59 examples of the 917 were built, 41 as short or long-tail coupes and 18 as Can-Am or Interseries Spyder versions with 1,400 hp turbocharged engines.

1987 962
Such was the performance of the 917 that it effectively defined the term ‘game-changer’. Fast forward to 1982 and Porsche once again stunned its rivals with the 956. Developed in response to the Group C regulations of the period, the car used a turbocharged flat-six engine of 2,649cc developing 620 hp and an aluminium monocoque body that explored new aerodynamic principles, notably ‘ground-effect’ to increase speed and efficiency.

This car surely deserves to be called the most successful competition car of all time. The Porsche 956, and the later longer wheelbase 962 version, won Le Mans seven times. On its debut, the car scored a 1-2-3 finish in the 24 Hours race; twelve years later it was still winning Le Mans, a phenomenal record.

The 956 / 962 was very successful in the hands of private entrants as well as the factory team, and 148 examples were built.

Latest Porsche supercars in action
The Supercar Run is a prime attraction at the Festival of Speed, showcasing the fastest and most exclusive road-going sports cars. Making their Goodwood debut are the new Porsche 911 Carrera S Coupe and 911 Carrera Cabriolet.

New Porsche 911
A completely new generation of the iconic coupe that has been acclaimed as one of the world’s benchmark sports cars since its launch in 1963, the latest 911 remains at the top of its game.

The unmistakable 911 silhouette still catches the eye, and incorporates a 100mm longer wheelbase for improved stability and greater interior space. At the same time the front and rear overhangs are shorter and overall width is unchanged, maintaining the compact footprint that has been a longstanding 911 attribute.Principle among the innovative steps forwards under the skin is an all-new, lightweight body, featuring intelligent aluminium-steel composite construction. It is responsible for a significant proportion of the weight reduction of between 45 kg (Coupe) and 60 kg (Cabriolet).

The rear-mounted, flat-six engine is symbolic of the 911 and an uprated range of powerful and evocative ‘boxer’ engines is a key feature of the new car. The 911 Carrera is powered by a new 3.4-litre engine developing 350 hp, and the Carrera S features a 400 hp version of the familiar 3.8-litre.

First Glance debut for Panamera GTS
The latest addition to the Panamera range of Gran Turismo sporting saloons, the new GTS is the four door sports car for fast roads of every description. A powerful 430 hp 4.8-litre V8 offering an intense level of responsiveness sits under the bonnet, and the lowered, uprated chassis has been tuned for added dynamism and agility.

Dynamic Cayenne demonstrations at the Porsche Experience Centre Goodwood
With its sporting, driver-oriented chassis, the Porsche Cayenne has been designed to combine sports car handling with the added versatility of being able to cover ground quickly, regardless of the terrain.

Visitors to the Festival of Speed will be able to experience Porsche power personally courtesy of Driving Consultants from the Porsche Experience Centre at Silverstone, who will be demonstrating the performance and handling of the Cayenne on a specially designed dynamics course laid out in the Porsche Experience area at Goodwood. The grass-surfaced course around which the 400 hp V8-engined Cayenne S models will power is intended to demonstrate perfectly the outstanding dynamic ability of this immensely versatile Porsche.

Look out for Porsche personalities and relax at the Café Le Mans
Porsche enthusiasts visiting Goodwood will be pleased to learn that there are many more examples of the marque, and former factory race drivers, participating in the Festival of Speed. Not least amongst these will be Richard Attwood, former F1 driver and 1970 Le Mans winner, who will be taking time out of his daily schedule as a Porsche Driving Consultant, at the Porsche Experience Centre Silverstone, to soak up the atmosphere, renew old acquaintances and chat with fans.

For visitors wishing to refuel themselves, the Porsche Café Le Mans will be once more situated on the outside of the track near the footbridge, offering meals and refreshments throughout the weekend.

Follow all the Goodwood action on-line
Throughout the Festival of Speed weekend, Porsche Origin will be carrying films direct from Goodwood, along with news and updates of all the action. Additionally, you can follow @porsche on Twitter for the latest news, and share experiences via #porschegoodwood.

PrevPreviousWhen is a Porsche 911 not a 911?
NextDo you want to sell your Porsche?Next 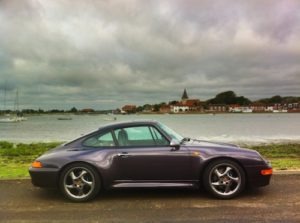 Porsche’s Vesuvius Metallic – not unique to the 993 Carrera S

I’m selling a superb Porche 993 Carrera S click here for details. It comes with an original sales brochure which claims that the colour, Vesuvius 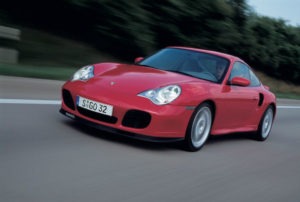 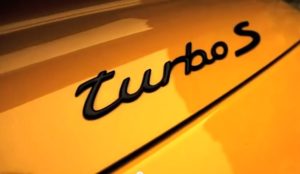 I was sent this via Twitter and don’t know what to make of it. There’s some nice filming and a decent soundtrack, mixed with some