It was back in 1993 that Porsche teased the world with an all-new concept car at the American International Auto Show. This cool mid-engined roadster was clearly influenced by the old 550 Spyder yet was very much a forward-thinking design. The car’s name – ‘Boxster’ – was written in tortoiseshell on its rear, and the interior featured exposed cooling fans which were extremely, er, cool.

The public fell in love with the Boxster concept car so Porsche dutifully put it into production, with the first Boxsters going on sale in late 1996. The production Boxster was different to the prototype – it was slightly larger and the tortoiseshell detailing had gone, as had the cooling fans – but it nevertheless retained the concept’s overall retro-modern styling and general coolness. The Boxster was an immediate hit as Porsche’s affordable entry-level car and remains so to this day.

However, over the years, the Boxster gained girth, angles and intakes, so today’s incarnation is far removed from the original concept of 1993. And as good as the current Boxster (now numbered 718), there is something special about the original 986 version. It is a small, pure, simple sports car that is a lot of fun to drive, inexpensive to buy and pain-free to run and to own.

Today, there are precious few good early Boxsters left and we have seen strong demand for decent, well-maintained examples.

Find a good early Boxster, in 2.5, 2.7 or 3.2 guise, and it will be remarkable value for money. What other modern Porsche can you buy for under £10,000? And with it being increasingly considered a modern classic, it should be one that will at least hold its value and maybe even go up.

With its two luggage compartments, modern conveniences such as climate control and power steering, plus a watertight and windtight hood, an early Boxster is that rare thing – a classic open-top sports car that you can quite easily use every day, right through the year.

There’s really very little not to like about the early 986 Porsche Boxster. As with any Porsche, though, you do need to start off with a good one, which is why we are so fussy about what Boxsters we stock.

Porsche sales increase around the world Porsche has sold 128,978 new cars in the last 11 months – a healthy increase on the previous full 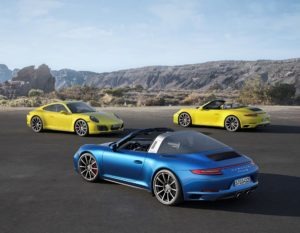 Here’s a great video of the new Gen2 Porsche 911, which was unveiled on 6th October.