My first Porsche 911 – the ongoing story

I bought my first 911 about seven years ago now and it was a 1983 911SC. Not the best example, but it was all I could afford. During my time with the car, I had the engine and gearbox comprehensively rebuilt and it was a real peach to drive.

The bodywork was, well, average – some rust bubbles were appearing in the usual places but, at the time, it was basically sound.

I sold the car to someone in Northern Ireland and I later heard it had come back to the mainland but I then lost contact.

Recently, though, I made some enquiries and the 911’s current owner got in touch. The car was Scotland and had been stripped right down for a full body overhaul. Sadly, though, the state of the body was worse than the owner expected and was going to cost more than he thought to put right.

It needed new wings, front and rear, new inner and outer sills, plus some repairs to the inner sills. Add to the that the cost of respraying, reassembly, an interior retrim and all the inevitable unforeseen expenses, and it’s obvious that it was going to be an expensive project.

A restored body added to the already good engine and gearbox would make a cracking 911, though. I had thoughts of creating, say, an RS replica, while a colleague suggested it would be nice to restore to its original SC state, as there are precious few good SCs left.

My heart urged me to buy back the car in pieces and resurrect it. Why? Well, because it was once mine – silly and sentimental, I know.

Then logic kicked in. The cost of restoration would far exceed the final value of the car (doesn’t it always?) and I’d be far better off buying an SC that had already been restored. But I wouldn’t want to do that – the whole point would be to have my old 911 back.

The other, slightly more sensible option, would be to source a better bodyshell and hang the good mechanicals from it. A cheaper route, assuming the shell I found really was good, but then it would have a different VIN – so it wouldn’t be my old car, would it?

In the end, I decided that buying back the car was not a good plan. I did worry for its future, though. And that, I have to admit, is silly. It’s only a pile of metal at the end of the day, and one that I was happy to sell all those years ago.

But Porsches – 911s in particular – have that effect on people. They’re cars that you get emotional about and logic goes out of the window once the bug has bitten.

Later, I was contacted by a chap in the south of England, who’d bought the entire project for the sole purpose of using the engine in his 1969 911T, and would sell off the other bits. And he sold the bodyshell and some other parts to someone in Australia, where they are now on their way too!

A sad ending? Maybe in a way, but in other ways the story continues… 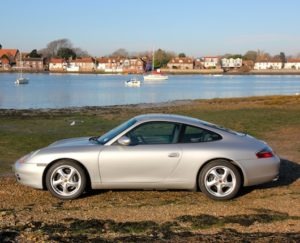 What’s wrong with the Porsche 996?

I’ve just finished writing a feature for GT Porsche on the Porsche 996. The first of the watercooled Porsche 911s, much has been written about 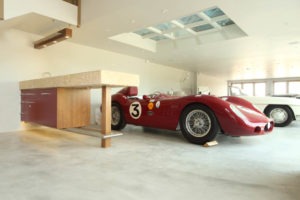 The ultimate garage and home office

Porsches – you really do get attached to them!

I’d be lying if I said I didn’t sell Porsches to make money – of course I do. However, that’s not the only reason –