Is this my favourite Porsche 911?

I’m often asked what my favourite Porsche is, and it’s a question I struggle to answer, as it changes from day to day. I usually say, it’s the last one I’ve driven as, invariably, I enjoy the car enough to want to buy it!

However, for some time, I’ve had one car sitting in stock that I keep coming back to. It’s a car that, for some reason, took far too long to sell, yet I love it. It was a Porsche 964 Carrera 4 that had been turned into a Carrera RS lookalike. It wasn’t an exact replica, neither in appearance or engineering, but it was, nevertheless, a great car. And perhaps my favourite 911.

With its white paintwork and blue highlights, it was far from subtle and I’m not usually a fan of in-your-face cars, but there was something about the appearance of this 964 that just worked for me.

However, it was once I got behind the wheel that I really appreciated the Porsche. It’s suspension was firm but compliant (much more so than a genuine RS’s), while the rebuilt engine with its sports exhaust felt and sounds wonderful. It was a seriously fun car to drive and never failed to put a grin on my face. And that, surely, is the sign of a good Porsche.

Some people grumbled that the car was based on a Carrera 4 but so what? If they drove it, they’d have realised that, actually, the suspension set up was so good that you could hardly tell it was four-wheel-drive. Sure, it felt different to an RS but, actually, the extra traction from the front wheels was a benefit.

Another benefit was the fact it was £100,00 less than a real RS, which meant it could be driven on the road or track without worrying about damaging an expensive asset!

Was this my favourite 911, then? Maybe it was, as I was sad to see it go. Maybe I should have kept it for myself but, ultimately, when you sell Porsches for a living you have to do just that – sell them! 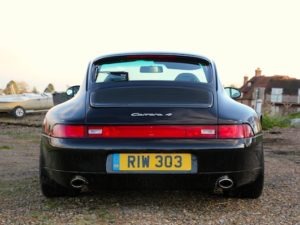 Here’s a great video from Porsche looking back over the history of four-wheel drive Porsche 911s and the development of the 911 Carrera 4. Well 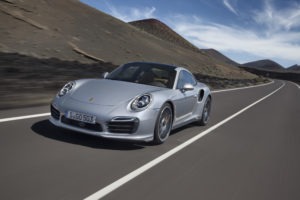 Exciting news – Porsche has just released details of the new 991 Turbo. For now, here’s a copy of the press release and some photos 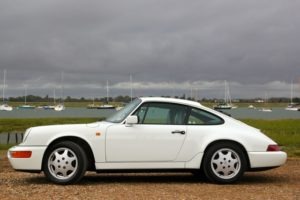 Have you noticed that white cars are back in fashion? And it’s usually sporty models that come in this shade. I remember white being the