Does it matter how many miles a Porsche 993 has done? 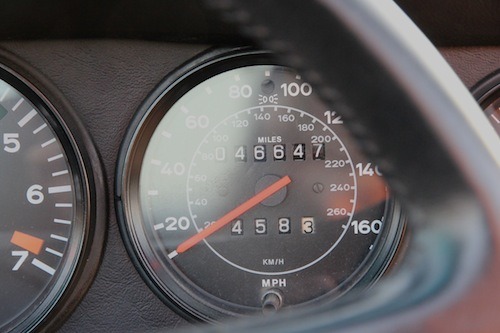 I’m not saying that mileage shouldn’t be a consideration when buying a used Porsche, of course it should, but what exactly is a mile? A mile through the centre of London could take 30 minutes, many gearchanges and presses of the clutch and brake pedals, not to mention the poor old engine being stifled. Head out onto an open motorway, on the other hand, and that same mile takes less than a minute with no pedal abuse and the engine is free to sing out as only a flat-six can.

What’s more, a car that lives most of its life in a city will suffer short stop-start journeys day in, day out, with all the associated wear and tear that involves. The engine and transmission oil may never really get a chance to warm up fully, while the brakes, clutch and starter motor will become exhausted with all the use. With all these short journeys, it could take weeks and a lot of mechanical abuse for the poor old Porsche to cover 100 miles.

Of course, when you’re buying a car, you don’t know how it’s been used in the past. Or do you? If a Porsche has lived most of its life in a city, it’s unlikely to have clocked up a high mileage, so maybe that low-mileage 993 you’re paying over the odds for has spent its time sitting in traffic jams, with all the unseen wear and tear that causes. On the other hand, that 140,000-mile example could have cruised up and down the M1, day in day out, and suffered less mechanically as a result. Of course, a low-mileage Porsche could just have been used as a weekend toy, which is good news, but it may instead have been sitting for years unloved and forgotten in someone’s damp and dusty garage (yes, it does happen).

OK, you may never know exactly how a car’s been driven in its past life, but you can look for clues, such as previous owners’ addresses in the history file and wear on the driver’s seat (city drivers tend to get in and out more, rubbing away at the bolsters). The key, though, is always to consider mileage as part of the bigger picture, including the car’s overall condition and its service history.

I’d rather see a high-mileage car that’s been cherished and properly maintained, then a low-mileage example that’s been neglected or abused. Especially if it saves me money…

Why we need Porsches

This video from Porsche promoted the 996 Turbo but the philosophy behind it applies to all Porsches and, indeed, other good things in life. Enjoy! 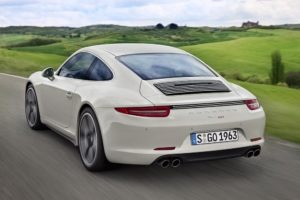 The 911 is 50 years old this year and, to celebrate, Porsche has revealed a very special limited edition 911. The Porsche 911 50th Anniversary

It’s a grey start to the week here on the south coast of England, so I’ve rummaged through the archives (well, iPhoto) and found a