Just last week a 1962 Ferrari 250 GTO Berlinetta sold for  $38.1-million (about £22-million) which is a record for a car sold at auction. Great news and proof, should it be needed, that the classic car market remains buoyant.

However, some doomsayers are claiming that this remarkable sale price is proof that the classic car market is about to burst. Why? Because leading up to the auction some people were claiming that the Ferrari would sell for as much as £60-million. Strange logic in my book…

The current strong market in classic cars is often compared to that of the early 1990s when classic cars were selling for high money and then the market crashed, leaving many speculators with burned fingers. Could the same thing happen again? Not in the foreseeable future because today people are seeing cars as a better place to put their money than the bank as interest rates are so low right now. In the early 1990s interest rates were sky-high so it made a lot of sense to leave your cash in the bank rather than buy a car with it.

Today, with interest rates likely to remain low for the foreseeable future, classic cars are going to continue to be an attractive alternative to money in the bank.

What’s more, there’s a huge difference between the top end of the market where rare exotica changes hands for millions – a scenario which is driven by investors and speculators – and the rather more real-life classic Porsche market we deal in, where £100,000 is a lot of money.

Most of our customers are normal people who love Porsches and want to realise their long-held dream of owning one. The fact that the car could go up in value is a nice bonus rather than the driving force behind buying one.

Buy a good classic Porsche 911 and, compared to many sports cars of a similar ilk, it will be reliable, relatively cheap to own, easy to live with, not too flash, and a lot of fun to drive. There’s a shortage of good cars out there and Porsche will never make any more. That is why classic Porsche values are so strong and will remain so, even in the unlikely event of a price correction at the top end of the market.

Please click here to see our range of classic and modern Porsches.

“Porsche 996 interiors aren’t well made and don’t wear well.” That’s what many so-called experts will tell you, claiming that older Porsche 911s had 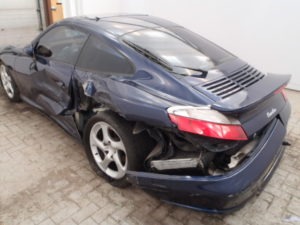 Is a written off Porsche 996 Turbo a good buy?

A friend just drew my attention to this Porsche 996 Turbo which is being sold on an auction site. It’s a Cat D write-off – 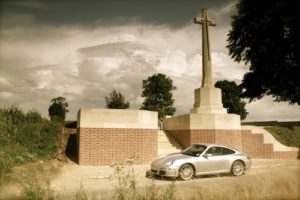 Porsche 997 and the Great War

I’ve just had a visit from an Australian chap, who is on holiday in the UK and wanted to drop by for a chat. We