I’ve long argued that buying a used Porsche can make more financial sense than a new, mundane car – read my eBook  to find out why.

Recently, though, I was driving a newish 997 car and pondering to myself. What if you bought a shiny new 911 – went to the showroom and got your perfect colour and spec – and kept it for life? The £80,000 purchase price spread over 30 or 40 years would be reasonable (assuming you can find the money in the first place) and surely less expensive than a string of those boring cars.

We live in an increasingly disposable society – we buy new things every few years because we always want the latest – and that goes for cars too. I’m as guilty as anyone of this and I do wonder that, after buying a brand new 911, in a few years I’d be hankering after a newer model.

But maybe I’d fall in love with the car and not want to sell it. After all, you don’t trade your kids in every few years, do you?

I have a book called Durable Car Ownership that argues the case for keeping a car running indefinitely – much as you would a house. It’s a good plan, so long as you have the right car to start with – the book suggests Morris Minors (OK, it’s quite an old book but the principle remains).

Now, there’s the problem – modern Porsches have too much built-in obsolescence. Take the PCM system, for instance, in 10 years the sat-nav will be laughingly old fashioned. In the old days, you could easily buy a Porsche – say a 964 or 993 – and quite happily keep it going and, indeed, people have done. However, I’m not sure a modern car, of whatever type, will have that same durability, which is a shame.

However, there’s no reason for not buying an older Porsche – a 964 or 993 would be a good choice – and then keeping it for life. It would become a much-loved member of the family. It would also make financial sense and be more eco-friendly than throwing away cars and buying new ones.

That said, a part of me still thinks that a modern Porsche, such as a 996 or 997, could also be considered as a lifetime purchase. Maybe even a 991…

PrevPreviousPorsche 918 Spyder on test
NextA Porsche is an investment: officialNext 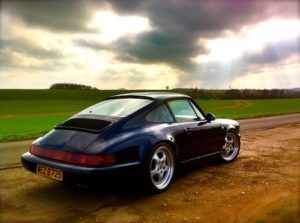 Yesterday I had a long drive in a very nice Porsche 964 and, as I was cruising along the motorway it occurred to me that 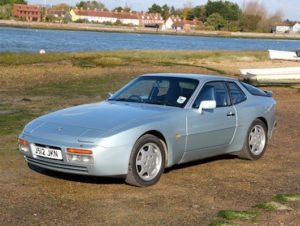 It’s been a while since I’d driven a Porsche 944, so when I got behind the wheel of a late S2 example, I was pleasantly 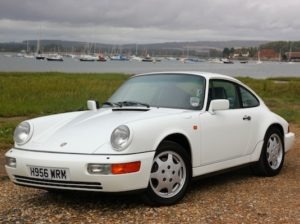 Good Porsche 964s are getting very hard to find and prices are rising. So I’m delighted to be able to offer what I think is