I wonder if Porsche reads my blog! A day after my post a out buying a Porsche for life, I receive a press release from the company explaining how Porsches can be a long term investment!

It’s a lengthy text and I’m on a train, writing on my iPhone so I’ll just paste the press release below:

Stuttgart. Driving a Porsche is a very special blend of rationality and pleasure: the combination of peak performance and sportiness with efficiency and practicality across the entire model range is unprecedented. Systematic development with the goal of optimal performance in everyday life and on the race track guarantees Porsche owners not just the driving fun typical of the brand but ensures also that their vehicles are reliable, hold their value and are long-lived. Approximately 70 per cent of the Porsche vehicles ever built are still on the road. And many of them have not just retained their value but have increased in price by orders of magnitude.

Porsche has used the driving fun the new sports car generation offers to build on the 911 Carrera’s competitive advantages. The 911 Carrera S Coupé with optimal sporty equipment can lap the Nürburgring’s Nordschleife in 7:40 minutes. That makes it approximately 14 seconds faster than the previous model. That is on a par with the earlier 911 GT3 – the road version of the Cup racing car.

The reasons for this spectacularly faster lap time are basically to be found in the greater engine output, weight savings and new chassis geometry. This is complemented by new and improved, effective driving dynamics systems such as Porsche Active Suspension Management (PASM), Porsche Dynamic Chassis Control (PDCC), dynamic engine and transmission mounts, and Porsche Torque Vectoring (PTV). The gain in sportiness as a result of these driving dynamics systems – some of them optional – is not confined to the sports cars. They are available every bit as much for the Panamera models, enabling their basic sportiness to be honed yet further.

The fuel economies are as significant as the performance gains: all 911 Carreras get by with significantly less than ten litres of fuel per 100 kilometres. Compared with their respective predecessor models, fuel consumption and emissions fell by up to 16 per cent. The Panameras as well are models of efficiency in their class – especially the hybrid model. In the course of a fuel consumption challenge at the press launch of the Panamera S, journalists achieved average fuel consumption figures in everyday traffic of less than eight litres per 100 kilometres – in the Bavarian mountains, what’s more. The Panamera S Hybrid emerged victorious in the approximately 300 kilometre long “Challenge Bibendum” environment rally, heading a field of 14 competitors with a mere 4.5 litres per 100 kilometres. This category judges both vehicles with conventional diesel and petrol engines as well as hybrid and plug-in hybrid models. Second place went to a 911 Carrera with a conventional combustion engine.

The extremely low fuel consumption of the Panamera S Hybrid, notwithstanding its 380 hp system output, was a triumph for progressive operating strategies currently being developed by Porsche and put to practical use against the competition. They constitute the core of the future ACC InnoDrive assistance system. Based on navigational data, ACC InnoDrive looks at the road ahead and derives information for controlling engine, transmission and brakes for a fuel consumption-optimised drive in different speed and driving dynamics ranges. In the process it makes a significant contribution to enhancing the vehicle’s efficiency. ACC InnoDrive assisted potential fuel savings are approximately ten per cent in real-life conditions.

Top-quality for practicality and value for money
Porsche has always pushed the boundaries of what is technically feasible and there are only very few technologies for improving performance and efficiency that did not subsequently find their way into series production – or are in the process of doing so. Always, however, on condition that they are also practical. All vehicles are developed and built to very stringent and broad based quality standards. Just as much importance is given to reliability in the value rankings as to longevity and customer and service friendliness. As a result, each Porsche model is precisely tailored to the different climates, some of them extreme, in the more than 110 markets worldwide in which Porsche vehicles are officially offered.

In Europe, for example, the 30,000 kilometre service intervals for Panamera models are the best in their class and in some cases significantly superior to those of their competitors. The well-known US Internet portal “Motor Trend” awards the Gran Turismo the top ranking of “excellent” for running costs, as it does the 911 Carrera. In the German market, the Panamera even occupies a middle-ranking position in the insurance league typical of its class; the 911 Carrera is deemed to be comparatively inexpensive.

When it came to the market launch of hybrid technology, Porsche again set its own standards. One of the key tasks with the concept was that in addition to the electrical driving experience, the hybrid vehicles would offer all the typical Porsche brand values that customers are used to. For example, the Cayenne S Hybrid offers the same cross-country performance as the conventional variants and without any restrictions as to trailer load despite the higher system weight. A successful outcome: the sales figures of the Porsche Cayenne S Hybrid for 2011 are more than twice as high as those of all other competitors in this market segment combined.

Quality pays off: satisfied customers, optimal value retention
The Porsche principle of developing and producing top-quality bears fruit year in year out throughout every vehicle generation. In the last ADAC practical test, Porsche scored the highest mark of all German manufacturers for customer satisfaction. Included in the assessment were the qualities and reliability of one’s own vehicle, as well as workshop and dealer services. At the beginning of 2012, the well-known US market research Institute J.D. Power and Associates declared Porsche to be the best European car brand in the Vehicle Dependability Study 2012 (VDS). The study focuses on the vehicles’ long-term quality in the US market. The Porsche 911 is the best vehicle in its segment. The European car plants’ review also gave top slot to the Porsche production plant in Stuttgart for the long-term quality of its sports cars. And the Porsche brand achieved its best score in the VDS for freedom from errors.

These results conceal tangible economic benefits for Porsche customers. For example, the Porsche Panamera Turbo was declared to be the most price-stable car in its class. The vehicle’s residual value after four years was still 56 per cent of the original price, as jointly calculated by Auto Bild and Schwacke. That is why the Gran Turismo boasts the title “Value Champion 2012” title for the lowest percentage depreciation in the luxury class. The prospective residual value is behind many of the calculations for financing and leasing offers and the purchase decision when it comes to company cars and rental car fleets.

In the long-term, investing in a Porsche typically turns value retention into value growth. Two out of every three Porsches ever built still exist in part because they are becoming ever more valuable.

PrevPreviousA Porsche 911 is (could be) for life
NextPorsche 968 – is it really better than a 944?Next

Should you drive a manual or automatic Porsche?

There’s an interesting feature in this month’s 911 & Porsche World by Adam Towler, comparing Porsches with manual, Tiptronic and PDK gearboxes. OK, it’s nothing 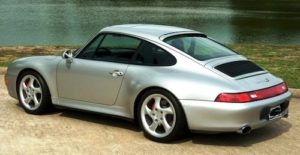 I’ve just received details of a lovely Porsche 993 Carrera 4S which is being sold by its owner in the USA. What’s striking about the 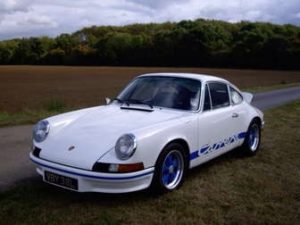