The Porsche 996 was a radical car when it was unveiled in 1998 because it was a complete reimagination of the iconic 911. It was the first time that the 911 had had a total redesign, complete with new bodyshell and new engine. Larger, more practical and more modern, the 996 prepared the legendary Porsche for life in the 21st century.

In the nearly 20 years since, the Porsche 996 has been loved and hated in equal measures. As the years go on, though, the haters are falling away and the 996 is becoming appreciated for what it is – a true 911 and a modern classic in the making. Prices are creeping up as people flock to buy this most affordable of 911s.

Here are just 12 things we love about the Porsche 996:

When the original Porsche 911 was unveiled in 1963, it had clean, unsullied lines. Over the years, though, it became adorned with wider wheel arches, spoilers and intakes. Porsche started again with the 996 and returned to those pure lines. Something that, once again, has been lost with the 911s that followed.

The 996 is today the most affordable of all Porsche 911s. You can pick up a good example for well under £20,000. We recommend a starting price of £15,000 – anything less could be disappointing. Prices of 996s have crept up in the last year or so, as decent examples have become hard to source but it remains a veritable bargain and a great start to 911 ownership.

When the Porsche 966 was unveiled, people loved it. Then, there was a backlash against the headlamps which, unlike the round 911 eyes of old, where shaped to incorporate indicators. It was a brave move of Porsche to restyle the 911’s face in such a radical way. Today, the 996’s headlamps have become more accepted again; in particular the original ‘fried egg’ style, as seen in this photo which have developed quite a following.

Drive a well-sorted Porsche 996 and you are experiencing a true 911. The rear-engined car has unique handling characteristics, plus light and super-sharp steering, which makes it unlike any other sports car. It’s also compact and lithe. Drive an old classic 911, then get into a 996 and you will immediately recognise that the two cars share the same DNA.

5, It was the first great-looking 911 Cabriolet

As much as we love classic 911 Cabriolets, there’s no doubt that Porsche really upped the ante with the styling of the soft-top 996. It looked great with the roof up or down. A rigid tonneau neatly concealed the folded top, giving the car a great looking rear end.

The Porsche 996 is the only 911 to have an interior that complements the car’s exterior curves. Earlier cars had hard lines inside, which were replicated in later 911s. The 996’s cockpit, by contrast, is awash with wonderfully complex curves and intersections. If you don’t believe us, check out those door panels – you can’t deny they are more stylish than the boxy 997 items.

Here’s a real anomaly in a car designed in the 1990s. A large rotary knob on the dash to control the windscreen wiper intermittent speed. Most cars today have a fiddly slider on the steering column stalk, which you’re never too sure which way to move, whereas this is as simple to use as a volume control. It’s far bigger than it needs to be but we love it anyway.

A 911 trademark has always been its five dials in a row. Porsche retained these with  the 996, but cleverly overlapped them, to save space and give a modern twist on a classic design.

9 Turbo rear lights are that just that little bit different

It costs a huge amount of money to develop parts for cars, such as light units, which are surprisingly complex plastic mouldings. Yet Porsche created unique rear lamps just for the 996 Turbo. And the difference is very subtle – most people would never notice that the Turbo lights have a slight horizontal step which lines up with the ridge on the engine lid. The same lights were latter borrowed for the 996 Carrera 4S.

The Porsche 996 was the last 911 that could be specced with a simple radio head unit, the Porsche-branded CDR-22. Later 911s all come with a PCM display. While PCM (Porsche Communication Management) is great when a car is new, technology moves on very quickly and the system soon becomes dated. Check out the PCM in an early 996 and you will see what we mean – it even has a cassette player! The CDR-22, on the hand, remains as relevant today as it was almost 20 years ago and is refreshingly simple to use.

What do you love about the Porsche 996? Do let us know by adding a comment below. 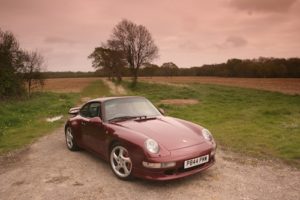 Everybody wants a Porsche 993 Carrera S or 4S

I’m getting a lot of enquiries from people wanting to buy a Porsche 993 Carrera S or 4S at the moment. And for good reason, 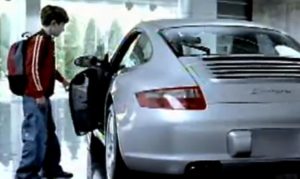 I’m sure plenty of people will relate to the boy in the advert. How many of you have realised your dreams? Porsche ownership does not

I’m a great fan of the Porsche 964 series and, in particular, enjoy the rare 964 Anniversary, a special edition built to celebrate 30 years